Jeg skriver dette for å be om forbønn for Tyrkia.

A long list has been circulated this morning in the Egyptian media as well as on social networks, of some of the names and/or numbers of churches, monasteries, Christian schools and bookshops/ shops, pharmacies and houses of Christians that have been attacked, looted, destroyed and eventually many of them were burnt down yesterday by Muslim Brotherhood supporters. These attacks took place in Fayoum, Bani Suwief, Minya, Assiut, Sohag, Qena, Luxor, Giza and Cairo in revenge for the early yesterday morning forceful evacuation of the two main MB demonstration camps based in Cairo and Giza. 14 of Egypt’s 28 governorates have been put under night curfew starting from last night after the spread out of chaotic attacks.

Fanatic Muslim supporters of Muslim Brotherhood, armed with all sorts of weapons from machine guns to Molotov bottles have found attacking the peaceful Christians and burning down their churches, shops and houses as an easy way not only to show their dominion on ground, but also to punish Multitudes of Christians for standing against the policies of former president Morsi and his fallen regime.

In Minya, groups of armed MB supporters landed into a village street and spent the entire evening setting up fire in a Christian shop/ house after the other until they were done. No police or army forces were present; no one was there to offer help or provide protection.

I called a friend of mine in Minya and he told me that in one village, MB have openly warned Christian women from walking in the streets otherwise, if caught they would be killed. Some Muslim veiled women are helping their Christian women neighbors by buying the grocery they need so they may not take the risk of going out! In one company, Muslim women colleagues had to bring in some “veils” to cover up their Christian friends to smuggle them back home! In another village as a Christian man was defending his church, he was killed by the attackers. I can’t express in words how he was killed in cold blood and what was done with his body afterwards!

In another village, attackers managed to break down the crosses of the church and feasted with their mates on the act of setting them on fire!

There are several facts that we need to consider now:

1-      The attack against the Christians of Egypt is nothing less than a furious satanic attack that aims at terrorizing Christians; imprisoning them at their homes helplessly with no guarantee of protection so their love, peace, hope and testimony may be neutralized.

2-      We, Christians of Egypt, are facing a severe time of persecution and suffering that we may have not witnessed since the Roman times!

3-      We, Christians of Egypt, need to stay focused and follow the model of our Master, Lord Jesus Christ, who when beaten and slashed did not show any hatred for His persecutors. He only showed love and asked for forgiveness for them. It sounds to heavenly and far away from human reach, yet, God promised that in times of persecution He would give us strength and comfort our hearts.

A Christian I know of, who happens to live near one of the two locations where Muslim Brotherhood have been camping and demonstrating over the last 45 days told me about an experience he had yesterday. After the Muslim brotherhood crowds were forced to leave their location, he went back to check on his apartment that he had deserted 45 days ago. Walking through the neighborhood, he saw many confused and miss-lead men and women who were talking about the assumed victory of the Muslim Brotherhood over the “enemy” and among themselves, they were praising their leadership. He said: “I tried hard to hate them. They are, at the end, burning my entire country down with ignorant and brainwashed minds. But, I found myself moved a divine power to go into the shop owned by a Muslim brotherhood man, located at my building; buy several boxes of water bottles and falling in tears as I moved from one man to another; one woman to another handing out free bottles of water to everyone who came in my way. They are people who need the love of Christ after all.»

Please pray for boldness, perseverance and protection for the Christians and for peace to come back to Egypt. 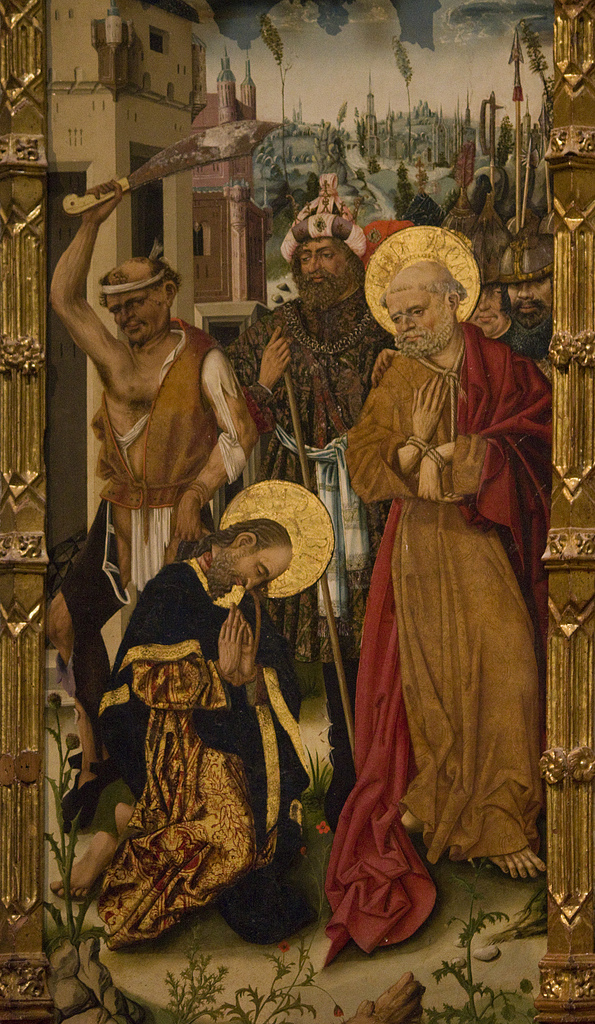